Choose a component template as a starting point, then you can:

The component compiler website should make designing custom components much easier. Once finished, you can always upload them for others to use here.

Try it now at componenteditor.com.

This is the second preview version of Circuit Diagram 3.0. Read more about the new features in 3.0 here.

There are two exciting updates from Circuit Diagram today.

The source code for Circuit Diagram is now available on GitHub. This is a mirror of the existing repository at CodePlex.

Bug tracking will now use the system on GitHub, so please post bug reports there.

This is the first preview release of the next version of Circuit Diagram, which has a brand new user interface:

This update includes bug fixes as well as the following new features:

It's now much easier to use any type of integrated circuit in your diagrams without having to create a custom component. The new Integrated Circuit allows you to represent circuits with up to 12 pins, by choosing the number of inputs/outputs and pin labels. 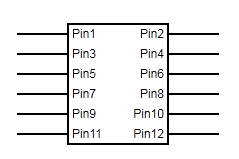 You can now scroll down to see the full list of properties available to change in the properties editor, for components with many options. 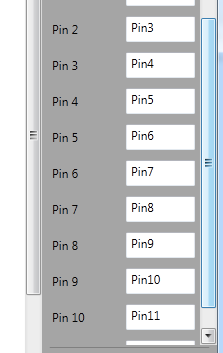 The format for components now supports more complex conditional statements, including both and, or and not operators, using a more intuitive syntax. There is now also the option to sign components using X.509 certificates, allowing users to verify that the component has not been modified since it was created by the author.

Please visit the downloads page to download this version.

This is the stable release of Circuit Diagram 2.0 - the improvements from 2.0 Beta 2 are mostly minor changes and bug fixes.

New in this release:

Bug fixes, including the following:

Users upgrading from 1.3.1 will get many new features, including custom components, cut/copy/paste support, new file format and the option to show a grid in the editor.

Please visit the downloads page to download this version.

Today sees the launch of the newly designed website. As well as the redesign, we've added the new circuits page which allows you to share your circuit designs with other users of Circuit Diagram.

When you upload your circuit in Circuit Diagram's *.cddx format, a preview of your design will be automatically generated so that people can have a look at your circuit before they download it.

The forum has also been re-opened, so please share your comments and suggestions as they really do help decide the future direction of Circuit Diagram.

As ever, please upload any components you have made to the components page to help make Circuit Diagram better!

We hope to release the final version of Circuit Diagram 2.0 shortly, so check back soon.

Additionally, there are numerous bug fixes, including:

Please visit the downloads page to download the new version.

This release includes a number of changes to make designing circuits easier, including automatic flipping of components when placing them and dragging from right to left or bottom to top. Documents can also be resized and there are many improvements to the use of keyboard shortcuts, including the ability to delete components by pressing the delete key on the keyboard.

Please see below for the full list of changes.

Thumbnails are now shown in Windows Explorer for Circuit Diagram Documents, as shown in the picture below. This feature has been difficult to get working, and there may be problems with the thumbnails not appearing - please leave a comment to let me know if they are working or not.

The following new features have been added since Circuit Diagram 2.0 Alpha 3:

Please note that the .NET Framework 4.0 is now required.

You can download the new version here, and please get in touch using the forum if you have any questions about this new version.

Important when upgrading from version 2.0 alpha 2:

If you wish to downgrade back to 2.0 alpha 2 after installing this version, you will need to uninstall the new version first.

If you have any problems please get in touch using either the forum or contact page.

A preview of Circuit Diagram 2.0 is now available to download. Please note that it is still in the development stage, and you may encounter problems using it.

Design Your Own Components

A completely redesigned system for components, which will now be loaded at runtime rather than being hard-coded into the application. They will no longer be written in code, but in XML, making it easy for anyone to write their own components to use in their diagrams.

This will enable the following features:

A tutorial for making your own components is also available.

Select and move multiple components at once while editing.

Asign keyboard shortcuts to components and customize the items in the toolbox.

Also included are many other improvements, such as the proper rendering of connections on certain components. (You may have noticed that connections are not drawn properly for the inputs of components such as logic gates, and that three wires joining at the same point did not show as a connection.)

Note: the structure of this file format is still subject to change, and files could become incompatible with future versions until the format is finalised.

Before downloading, please be aware of the following:

Not all components from the previous version have been converted over yet.

A prerelease version can be downloaded here for testing.